Two middle school girls created Operation Flushed to be able to improve and repair the girls' bathroom at Murdock Middle School. The bathroom is in disrepair with broken locks and holes on the stall doors, and out of date faucets and crumbling ceiling tiles. They feel unsafe using the bathroom. Students find it uncomfortable to use the stalls unless they have a friend to stand watch for them, which often means two students asking to leave class to be each other's watch person. Often they have to time their bathroom breaks with friends so that they can have someone they know and trust to hold the door closed for them. They understand how the stress of this can affect learning and are making the improvements to the bathroom this summer.

Plan Z
The Plan Z Team learned that Zambia has the highest rate of food insecurity and is in a severe food crisis. They are doing something about it. They have created an awareness plan, and are fundraising by way of a fun Bingo Night and a cool bracelet sale. They are donating funds received to the World Food Programme to help support their efforts in their work with Zambia.

TRUTH Peer Mentoring
After spending three years in middle school and seeing the daily struggles that students undergo due to the stresses of classwork, home life struggles, peer pressure, and bullying, the girls of TRUTH decided they wanted to help those students following in their footsteps. These girls have put together the framework of a peer mentoring program at the school and created a safe space room for the peer mentors to meet with struggling students in order to ensure that every future Murdock Middle School student has the peer support needed to succeed.

Engineering Through Life
As students who hope to become engineers later on in life, the boys of this Venture Team have decided to try and expand the STEM opportunities available to young students as a means to get more students excited about this same passion. Engineering Through Life’s mission is to bring STEM programming to their Middle School and other local Elementary Schools throughout Winchendon and the surrounding area. This year they created an after school STEM program where students were able to experiment with simple machines, learn about programming, and plan for future programs. 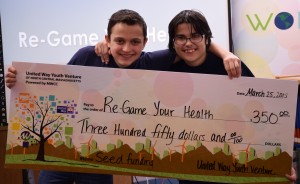 ReGame Your Health has turned their passion of gaming into an initiative that will benefit the kids at their local hospital. Through their Venture, they collect and donate gaming systems to the Pediatric Ward of Heywood Hospital to help the younger patients remember the joy of being a kid. Their mission is to volunteer their time to game and visit with patients in order to help them relax and fill their stay with positivity.

United Blues
After the school had to cut their sports budget by $30,000, the members of United Blues became increasingly more aware of the many students at Murdock who were not involved in sports mainly because they could not afford it. Instead of being disparaged, these motivated students decided to take action by starting the venture, United Blues, to help these students. Through a variety of fundraisers and working hand in hand with the athletics department, these venturers hope to get many more students into Blue Devil uniforms for years to come.

First Day Warriors
After witnessing the struggles that the veterans have to overcome as they return home from duty, the members of the First Day Warriors wanted to find a way to help these local heroes. They finally decided on a Venture which would help put together homecoming packages to give to the returning veterans. While they know this won’t solve all of the problems these veterans face, they do know that making their lives just a little easier will go a long way. 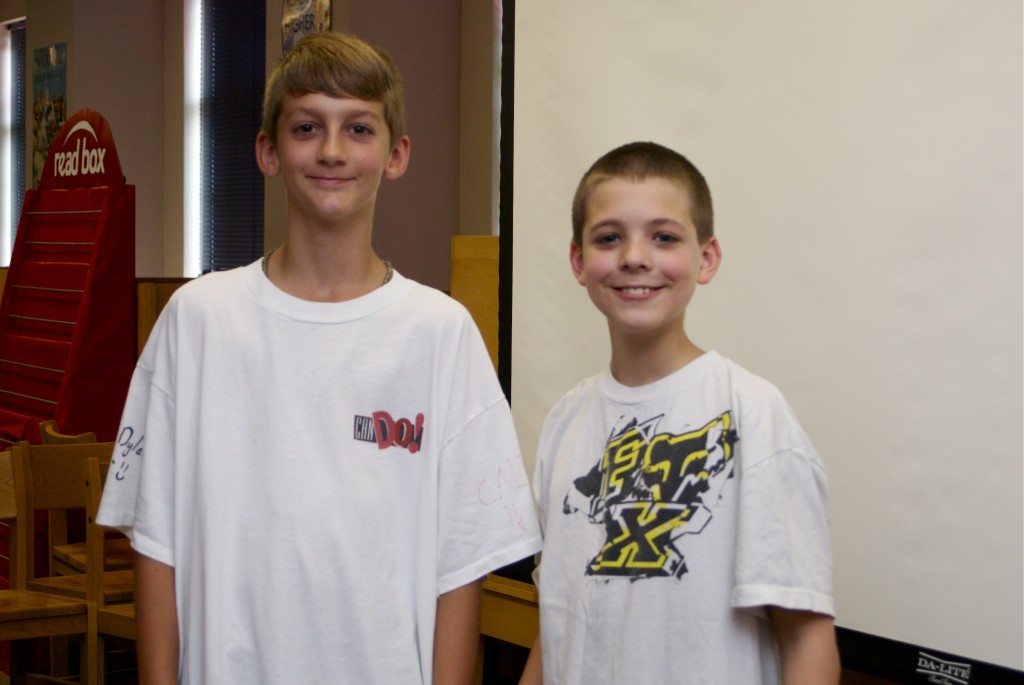 Kidz Krew
6th graders Caleb and Adam were sad to see the cramped space and lack of available food at the Better Tomorrow Cat Shelter in Winchendon. After speaking with the shelter’s director, they knew they would be able to help. The group formed Kidz Krew and asked the shelter director to provide a list of specific donations she would like to receive most. List in hand, the Venture plans to host a series of movie nights, where admission may be a can of cat food or a warm blanket instead of money.

Art Masters
Young people at Murdock Middle High School plan to create an after-school program that allows fellow students to paint, draw, write, or color. When the students participate in the Art Masters after school program, they can be free to choose what they want to create.