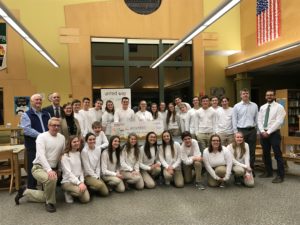 What do you get when 25 AP U.S. History students and their teacher, a former Peace Corps Volunteer, come together with an idea to help students in different countries? Why #APUSH4Peace of course!

As their story goes, an AP U.S. History class at Oakmont Regional High School was learning about President John F. Kennedy and his creation of the Peace Corps, who would aid foreign countries in a bid to increase America’s appearance on the world stage. As their teacher, Mr. Jeffery Aubuchon, was a former Peace Corps volunteer, the students became very interested in the whole idea of the Peace Corps, and their mission to help foreign countries that might need it.

That interest suddenly became #APUSH4Peace, as the students realized that with the help of United Way Youth Venture their interest in helping foreign countries could become a reality. With the help of UWYV and their teacher, the students were able to come up with a venture and plan that would allow them, through fundraising, to donate money to Peace Corps projects around the world. On their Panel night, #APUSH4Peace was  able to secure $1,000 in seed money to help start up their Venture. The students and Mr. Aubuchon were seen celebrating after in the school’s library, their dream and interest had taken off, and was about to become something much greater then anyone ever expected.

Their slogan, “Ask not what your country can do for you, but what you can do for your country.”, spoken by John F. Kennedy during his inauguration speech, has become their driving force to continue on with the venture. Since launching in December, #APUSH4Peace has fund-raised and donated over $1,800 to projects in Tanzania, Gambia, and Mozambique to help with water treatment, health, and facilities for students just like themselves.

As one of the largest Ventures at United Way Youth Venture, we can’t wait to see what #APUSH4Peace has to offer as they continue to work and expand over the year! 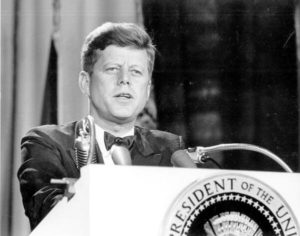